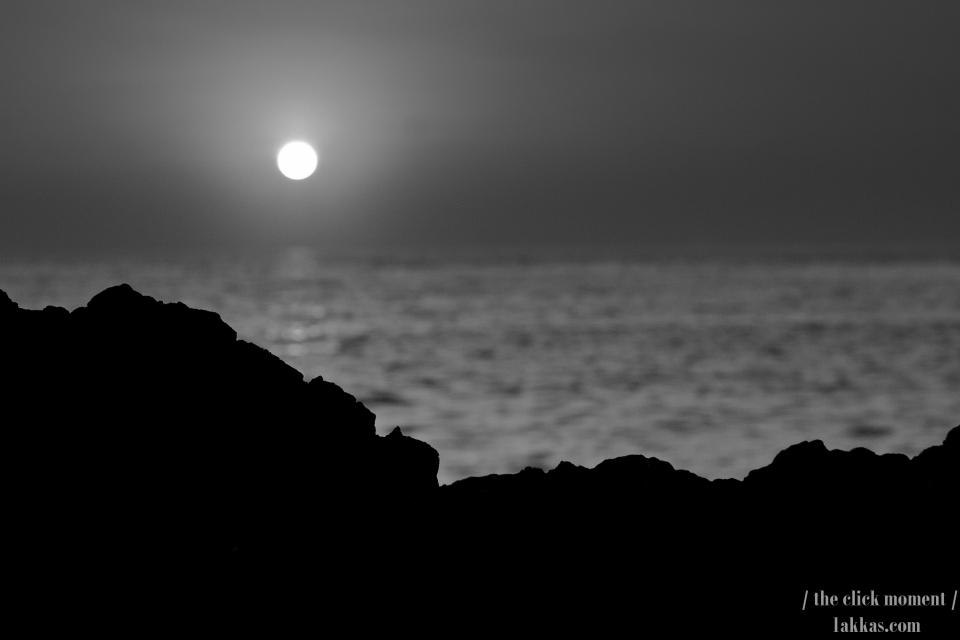 Contrast is not necessarily created by light work. Of course putting darkness against lightness can create contrast, however contrast has another dimension as well: the semantic contrast i.e. creating meaningful contrast by putting two opposing objects against each other. In this photo, I have tried to create this form of contrast. The extreme underexposed area (the rock) represents “night” and the normally exposed sea with the conspicuous “sun” over it represents “day”.

There are more visual or semantic contrasts as well:

the “raged” layout of the rock against “smoothness” of the sea.

the “limitedness” of the rock against the “unboundedness” of sea.